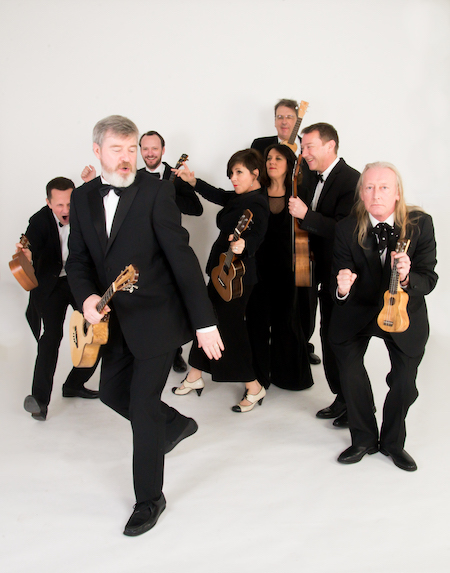 The Ukulele Orchestra of Great Britain has stumbled upon international and critical acclaim as the most entertaining pluckers. Dancing somewhere between sincerity and in-sanity; punk rock sensibilities and restrained British humor; the not-too-silly and the not- too-serious, a 37-year-long career has taken them to Carnegie Hall, Glastonbury festival, the North Pole, and from China to Estonia via Japan, Australia and The Isle of Man, garnering hordes of fans and imitators along the way. Born of a rejection of convention and a penchant for reinterpretation, their catalogue is a menagerie of rock, pop, jazz, blues and classical music, performed with humor and a flair for toe-tapping, roof-raising, and often twisted renditions. With fans ranging from the Queen of England, to David Bowie and beyond, the original Ukulele Orchestra are unmissable (and arguably inexcusable). This show is made possible by the Majestic Theater Centennial Endowment. $55 / $50 / $45